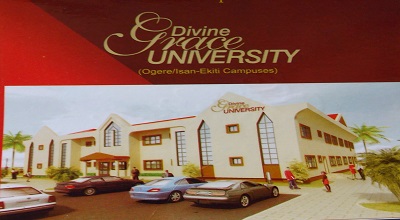 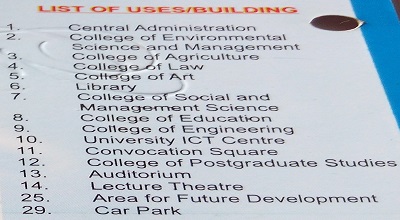 About Us: THE Church of the Lord (Prayer Fellowship) Worldwide

The Yoruba word "Aladura" means "Prayer Fellowship" or "The Praying People". The members of the Prayer Fellowship churches believe in the the power of praying and fasting (Yoruba is a major language of the south-western region of Nigeria).

The founder of the Church of the Lord Prayer Fellowship, the late prophet Dr Josiah Olunowo Oshitelu, received his calling in 1925 and the independent church was officially established in 1930, in Ogere. Prophet Oshitelu preached the gospel of repentance and regeneration from town to town. Right from the beginning he started training Christians for active ministry.

In 1937 he established through divine revelation the Holy Mount Tabieorar (pronounced Taborah) Festival, which since then is celebrated every year on 22 August and attracts thousands of believers. Despite opposition from other Christian churches and resistance from traditional African religions, the church grew steadily.

In 1947, after spiritual inquiry, Prophet Oshitelu sent two apostles to Sierra Leone and Liberia respectively to bring the good news to the west coast of Africa. Today the church is spread over the whole of West Africa, in Nigeria, Benin, Togo, Ghana, Liberia and Sierra Leone. The church also has parishes in Europe and the United States of America. Many politicians and public servants are today members of the church.

The Church of the Lord (Prayer Fellowship) is one of the first three Pentecostal churches in Nigeria, which have brought considerable revival among African Christians.

It has introduced a good deal of African culture and many African customs - singing, drumming, clapping and dancing - into its liturgy and church life. This is now becoming a common phenomenon among many churches on the African continent.

The church is of the opinion that these customs and traditions of the Africans, or of any other peoples of the world, are to serve as beautiful complements to the Christian faith and belief, and are not opposed to it.

The church subjects itself to the guidance of the Holy Spirit. It is engaged in evangelical ministry and has an ecumenical outlook - it accepts all who believe and proclaim Jesus Christ as Lord and Saviour, as brothers and sisters.

The church is also biblical in pattern and Pentecostal in power. Its major concerns in the 21st century are to train more efficient church workers, and to expand its social contributions to the society at large. The church's seminary - Prayer Fellowship Theological Institute - has now been affiliated with the Lagos State University (LASU), and offers graduate and post-graduate degree courses in theology and Christian education.

Administratively and spiritually, the Church of the Lord (Prayer Fellowship) as a worldwide organization has its headquarters in Ogere Remo, Ogun State, Nigeria.

The primate is head of the Church of the Lord (Prayer Fellowship) Worldwide.

Praise be to the Lord God of Ositelu! The first Campus Fellowship of The Church of the Lord Aladura UNIVERSITY OF ILORIN was launched on Tuesday 12th April 2016. Our God is a Covenant- Fulfilling God. Alleluia!

New Cathedral of The Church of the Lord (Prayer Fellowship)

The dedication of the New Cathedral of The Church of the Lord (Prayer Fellowship) Worldwide - Ketu Branch, Alapere, Lagos, Sunday, April 10, 2016 to the glory of God Almighty. Praise the Lord (Halleluyah)!